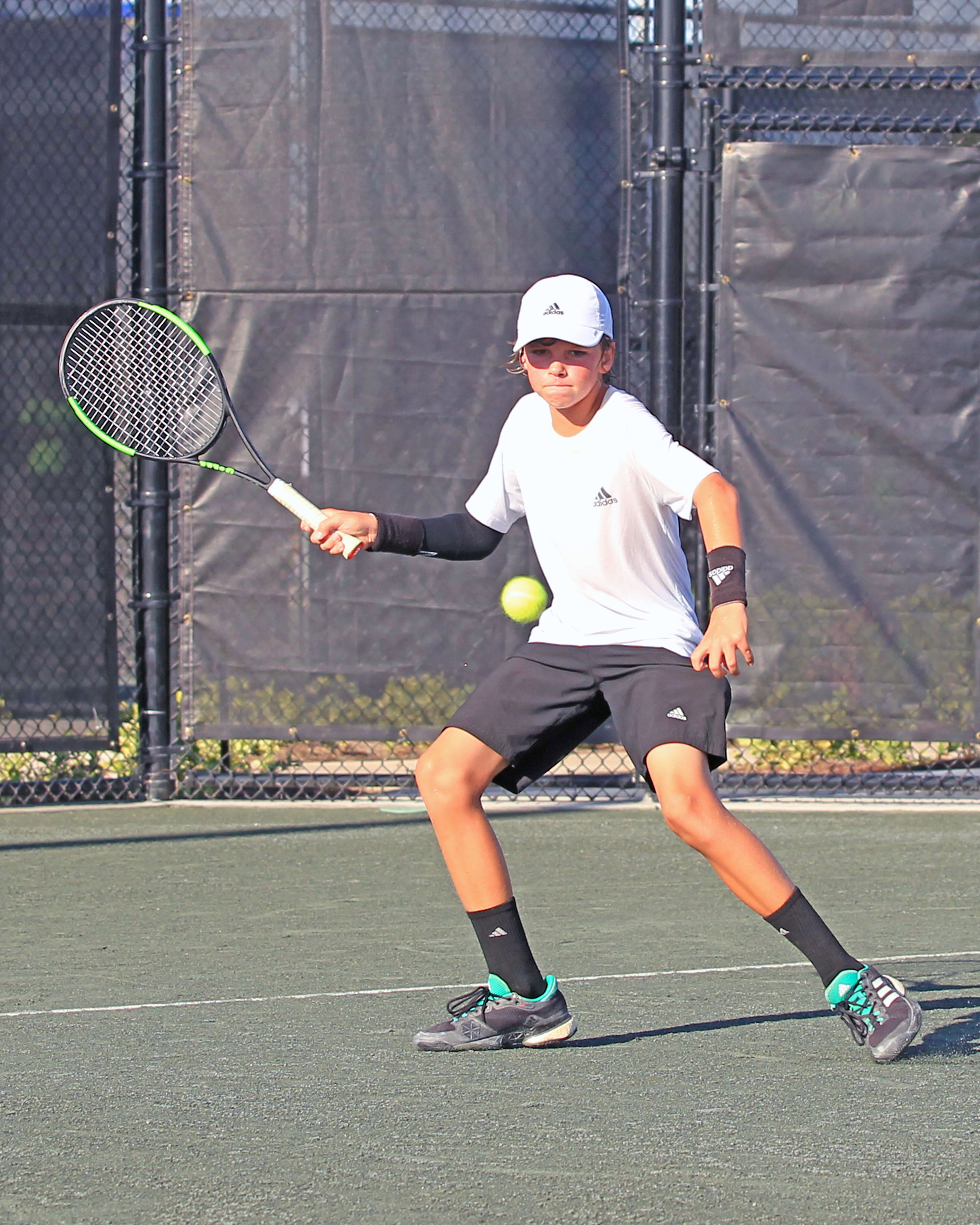 Davidson, NC      Davidson resident and tennis phenom Nick Mangianpane finished 2017 ranked #1 in the U.S. in the boys 12 and under age division.  He trains with Bruce Hawtin at the River Run Tennis Academy where he started when he was about 8 years old.

In 2017, he won a silver ball in doubles at the Fall Indoor National Championships in NY. This was a 2nd place finish at a national championship which was pretty cool (kids think getting a gold, silver or bronze ball, which is what you win at a national championship, is pretty exciting). He was excited to earn a coveted ball since there are only a few opportunities a year, but silver was oh so close to a gold!

He then went to the Winter National Championships in Tucson in December and played against some very tough competitors but achieved the goal of winning a gold ball in doubles. That was a great way to ring in 2018. His final event of 12’s was the Adidas Easter Bowl in Indian Wells California at the end of March. This followed the pro tournament in Indian Wells. He won another gold ball in doubles, a really exciting achievement.

Also last year he represented the U.S. in a match play event vs. a Canadian Junior team at the Billie Jean King Tennis Center in NY.  His team was comprised of 4 boys and 4 girls. They played both singles and doubles.

Several weeks ago he went to the new USTA National Training Center in Lake Nona, FL (Orlando basically) where he joined 3 other boys in a match play event vs a team from Japan. He slept and trained at the national training center for the week, which was really exciting because he got to work out in the gym and stay in the Lodge at the facility, which meant he got to see the other pros staying and training there.

He has just turned 13, so he has moved into the 14 and under age group, which will be an entirely new, but exciting challenge.

Clark Goff writes about all things Davidson and lives in town.